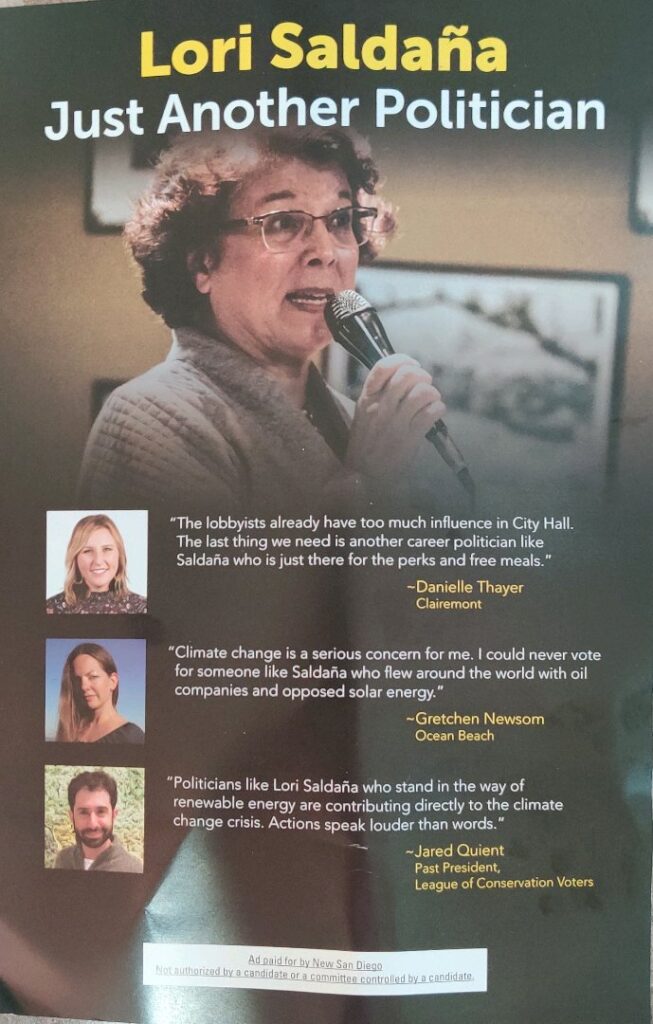 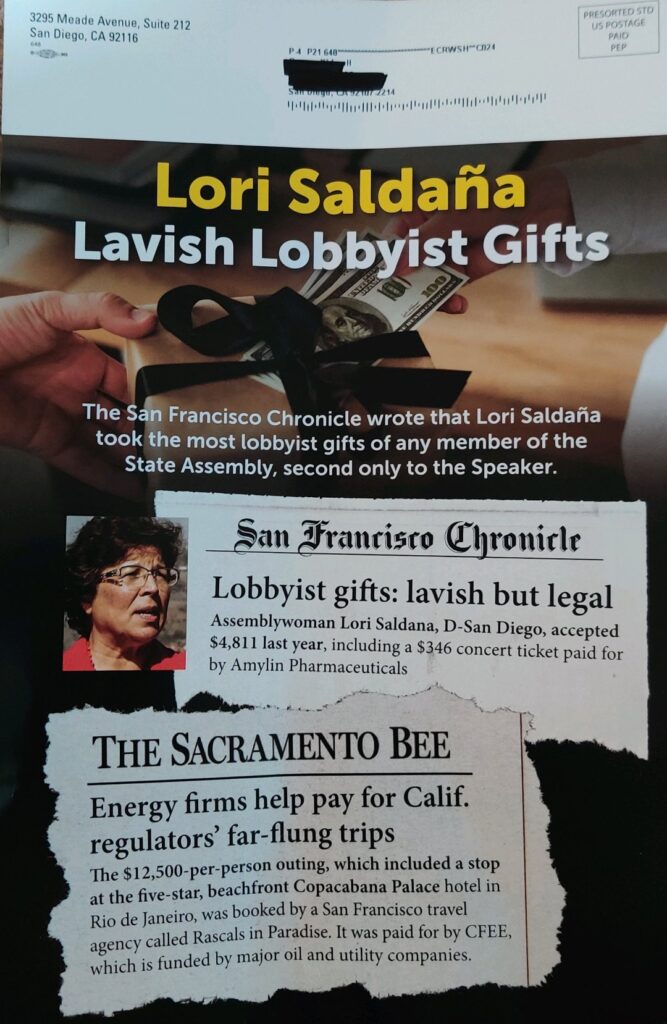 This propaganda piece was created by New San Diego against .

Inaccuracies noted in this piece:

The news article from the San Francisco Chronicle, quoted without a date of publication, says Lori Saldana received gifts from lobbyist last year.  This article was published in 2006, referencing events in 2005.

A quote is included from Jared Quient, who is listed as the “Past President, League of Conservation Voters”.  Jared Quient principal occupation chief legal council for Baywa Solar Projects, a company who proposed a solar field in Jacumba which former assemblymember Saldana opposed.  (https://www.linkedin.com/in/jared-quient-3792a438/)

A further investigation of this gorup and this piece can be found here: