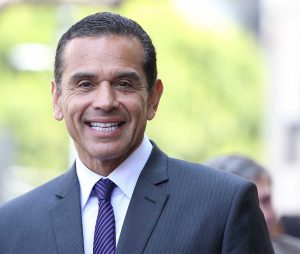 Villaraigosa is a member of the Democratic Party, and was a national co-chairman of Hillary Clinton’s 2008 presidential campaign, a member of President Barack Obama‘s Transition Economic Advisory Board,[1] and Chairman of the 2012 Democratic National Convention in September 2012.[2]

In November 2016, Villaraigosa announced his candidacy for Governor of California in 2018.[3][4]