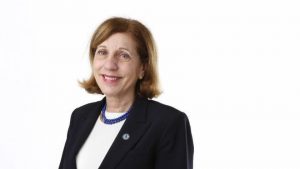 Barbara Bry is an American elected official in San Diego, California. She serves as a member of the San Diego City Council representing City Council District 1.  Bry has served as President Pro Tem of the City Council since 2017.

The La Jolla resident, 69, had a background as a high-tech entrepreneur and journalist before running for city council district one as a Democrat and winning in 2016. She was a reporter at the Sacramento Bee, The Los Angeles Times and it was family that brought her to San Diego where she’s been for more than three decades.

On January 2, 2019, Bry announced that she would run for Mayor of San Diego in the 2020 election. In announcing her campaign, Bry touted her background in high tech and support for science, technology, and arts.