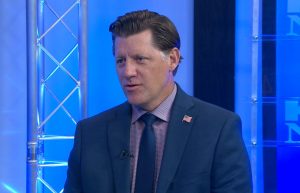 Brian W. Jones is an American politician serving in the California State Senate. A Republican, he represents the 38th State Senate district, encompassing most of inland San Diego County. He previously served in the California State Assembly, representing the 71st district, also encompassing most of inland San Diego County. Prior to being elected to the state assembly, he was a member of the Santee City Council.