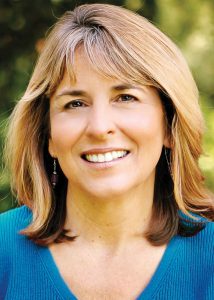 Lorie Zapf (pronounced “Zaff”) is an American elected official in San Diego, California. She serves as a San Diego City Councilmember representing City Council District 6. She was first elected to office in November 2010.[2] She is a Republican, although city council positions are officially nonpartisan per California state law.

District 6 includes the neighborhoods of Bay Ho, Bay Park, Clairemont Mesa, Fashion Valley, Kearny Mesa, Linda Vista, Mission Valley, North Clairemont, and Serra Mesa.[3] She lives in Bay Ho, which was formerly in District 6 but was moved to District 2 in the 2011 redistricting. She is running for the vacant District 2 seat in 2014.[4]

On the City Council she chairs the Land Use and Housing Committee and is vice chair of the Public Safety and Neighborhood Services Committee. She also serves on the Natural Resources and Culture Committee.[5]