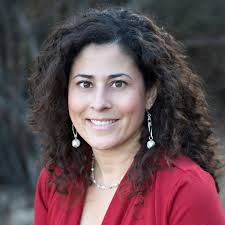 First in her family to attend college, Olga received a bachelor’s degree in accounting from Santa Clara University and Master of Public Administration from San Diego State University. She has worked in public accounting, data analysis and research, and owned a small business for ten years. She currently works at Palomar Community College as the Interim Dean of Counseling.

Olga is the first Latina ever elected to the Escondido City Council, where she has represented residents for more than ten years. In her role as City Councilwoman, she serves on the Escondido Creek Watershed Alliance, the San Dieguito River Park Joint Powers Authority, and as representative for the City of Escondido at the League of California Cities. She has served on the Board of Directors for the Voice of San Diego, a non-profit investigative journalism outlet, and on the Community Advisory Council for San Diego Gas & Electric. Previously, she was an alternate to San Diego County Supervisor Greg Cox on the California Coastal Commission and served on the CSU San Marcos President’s Advisory Committee as well as the San Diego Union Tribune Latino Advisory Board. Olga is a founding member of the Route 78 Rotary Club and a past member of the Escondido Sunrise Rotary Club.

She earned the Latino Champions Civic Leader Award in 2014 from the Union Tribune and the San Diego County Democratic Party Legislator of the Year Award in 2014.

Olga is a life-long California resident, homeowner, mother, wife of a retired Escondido police Lieutenant, and an active member of the San Diego community.