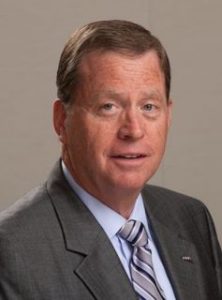 College
After graduating from high school in Ithaca, NY, Bob attended college at St. Lawrence University, where he was Student Government President and Battalion Commander of the school’s ROTC unit. He was also a student athlete, competing in varsity soccer and track.

Military Service
Robert Brewer Military ServiceUpon his college graduation, he was commissioned a 2nd Lt. in the U.S. Army, successfully completing Ranger and Airborne training. At the age of 24, he became a Company Commander, in the 8th Infantry Division, in Mainz, Germany. He then served in Viet Nam for 15 months as an Advisor to the Vietnamese Airborne Division, in combat in both Cambodia and South Viet Nam, and Operations Officer with MACSOG. For his combat service in Viet Nam he was awarded the Silver Star, 2 Bronze Stars, 2 Air medals (one for Valor), the Joint Service Commendation Medal and various Vietnamese medals for valor. Bob remained in the Army Reserves for four years after leaving active duty, serving in the Special Forces Unit in San Diego, and at the 63rd ARCOM HQs, Los Angeles.

Legal Experience
Bob was a respected prosecutor in Los Angeles for seven years, serving as a Deputy District Attorney and as an Assistant U.S. Attorney – including as Assistant Chief of the Criminal Division – prosecuting cases involving espionage, bank robberies, smuggling, narcotics, murder for hire and civil rights violations.

Moving back to San Diego in 1982, he entered private law practice specializing in a variety of civil litigation and white collar defense areas including government investigations, fraud, business and commercial torts, health care and intellectual property disputes. He co-founded the San Diego law firm of Chapin & Brewer in 1987, served as the Managing Partner of the San Diego office of McKenna & Cuneo from 1991-2008, and most recently was the Partner in Charge of the San Diego office of the international law firm Jones Day. In 1998, he was designated a Fellow of the American College of Trial Lawyers (restricted to 1% of a state’s lawyers) and, in 2008, was awarded the San Diego County Bar Association’s Daniel T. Broderick Award for Civility and Ethics. He has been recognized in several categories by Best Lawyers in America continuously since 1996.

Family
Bob lives in Del Mar with his wife, Irma Gonzalez. They have a daughter and son-in-law and two granddaughters.