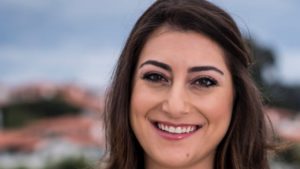 Jacobs, a granddaughter of Qualcomm founder Irwin Jacobs, is the fourth Democrat to announce a candidacy for Congress in California’s 49th District,

Born in Del Mar, Sara grew up in the district, which stretches from the UC San Diego campus into south Orange County.

She attended Del Mar public schools and graduated from Torrey Pines High School, going on to earn degrees from Columbia University. She has worked at both the United Nations and UNICEF, and was a foreign policy advisor to Hillary Clinton during the 2016 campaign.