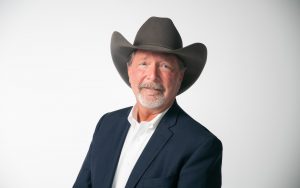 Steve Vaus (also known as Buck Howdy)[1] is an American recording artist and politician who was elected mayor of Poway, California in 2014.

Vaus primarily records country music for children, and is also known for his Christmas recordings including The Stars Come Out for Christmas series. Vaus establishing “Carols by Candlelight” in 1990, a charity fundraiser for Rady Children’s Hospital in San Diego which has become a 28-year San Diego tradition.[3] In 1992, Vaus’s song “We Must Take America Back” reached #68 on Hot Country Songs.[4]

Vaus has been nominated for four Grammy Award, winning the Grammy Award for Best Spoken Word Album for Children in 2010.[

Vaus was born in Los Angeles, and has spent much of his life in San Diego County.