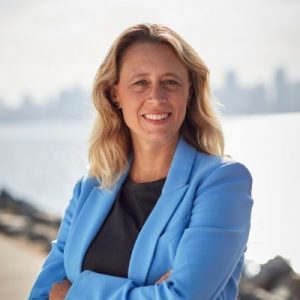 Terra is an economist, environmental attorney, and community organizer, who teaches public policy at UCSD.

In 2018, she led the grassroots effort that organized thousands of volunteers to oust a pro-Trump career politician, Darrell Issa, and flip a local congressional district from red to blue — helping win Congress for the Democrats and install a firewall against Donald Trump.

Terra graduated with a B.A. from Yale and attended law and graduate school on a full scholarship, earning her J.D. and Ph.D. from New York University. She is the author of numerous internationally award-winning books and articles and earned research fellowships from Stanford and Harvard.

Terra worked with the United Nations, World Bank and Amnesty International to fight for social justice and a healthy environment. She helped the World Bank create their Climate Finance program, which funds billions of dollars of clean energy projects in the developing world. She also worked in Washington opposing bad global trade deals that gutted environmental protections and sent U.S. jobs abroad.