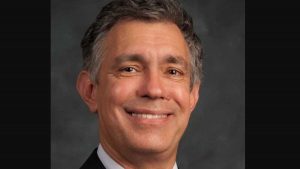 Tim Nader grew up in Chula Vista and returned to his hometown after law school.  He worked for Justice Don Work on the California Court of Appeal for two years before going to work as a criminal prosecutor for the California Attorney General.  As a prosecutor, Tim handled hundreds of felony cases, including precedent-setting cases in victims’ rights and constitutional law.

In 1991, Tim was elected Mayor of Chula Vista where he was known for advancing public safety, affordable housing, educational and recreation programs for youth, and environmental protection.  Tim oversaw expansion of the Chula Vista Police Department and the institution of new anti-crime programs that resulted in a significant reduction in crime.

Following his term as Mayor, Tim worked as an affordable housing developer before returning to the practice of law as a child support attorney.  In 2008, Tim took a position as Deputy Attorney General in the Civil Division of the California Department of Justice, where he handles complex civil litigation on behalf of the state.

In 2010, when Southwestern Community College had its accreditation placed on probationary status in the midst of a corruption scandal, Tim Nader ran for and was elected to its Board.