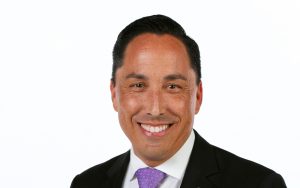 Todd Rex Gloria is an American politician serving in the California State Assembly. Gloria is a Democrat and represents the 78th Assembly District, which encompasses much of San Diego. He is the current Majority Whip.

Prior to his election to the Assembly in 2016, Gloria served as the member of the San Diego City Council representing District 3. He was president of the nine-member council from 2012 through 2014. In his role as council president, Gloria served as interim Mayor of San Diego from the August 2013 resignation of Mayor Bob Filner until the March 2014 inauguration of Mayor Kevin Faulconer.

On January 9, 2019, Gloria announced his candidacy for Mayor of San Diego in the 2020 election. In announcing his campaign, he focused on housing affordability, homelessness, and climate change, and he promised to build a “world class public transportation system.”